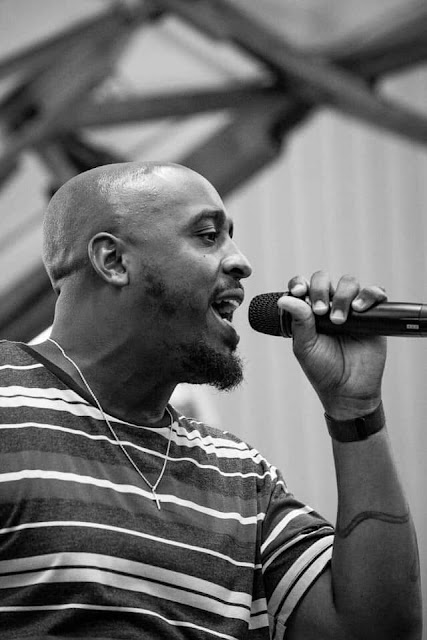 I’ve interviewed Canton’s Jean P the MC numerous times during the course of his career. Something’s different this time though, coming off the release of his album “Joke’s On You” even in the voice messages we exchanged leading up to this, Jean sounds confident. A leader in his community Jean recently hosted a #330KidsCypher bringing in some of the young and talented artists in the area to showcase their skills. As Jean continues to ascend as an emcee and take on this new role in his career, I saw it only fit to sit down with him and talk about what this all means.

Ok-Tho: Jean P, it’s been a minute, introduce yourself for those who still might not be acclimated.

Jean P: My man Sto! My name is Jèan P The MC. I am 29 year old emcee from Canton, Ohio and I have a beagle (laughs). By the day I am a mailman and off the clock my life consists of music, fatherhood, running a independent label and simply bettering myself everyday. I just share my journey with the masses.

Ok-Tho: I gotta ask, how’s your summer been? You had a headlining album release party a few months ago and then went on to release your studio album “Joke’s On You” in June. What number album is this now, I’ve genuinely lost count.

Jean P: My summer has been crazy! Ever since #TheJeanPTheMCShow in March things have been picking up. I have management now which is something i have always been on the fence about. It makes things easier and I trust my decision. Making that decision brings structure to the madness. it was becoming overwhelming doing it myself for a while. Also, In July I headlined a concert series in Downtown Canton with Floco Torres. It was major because the city is finally starting to open it's doors to local Hip-Hop. The album release party in June was beautiful man. It was held at The Hub Art Factory. It gave me a chance to really get my message across about the album in an intimate setting. Joke's On You is my 20th project overall and I'm starting to feel it.

Ok-Tho: How’s the reception been with “Joke’s On You” so far?

Jean P: People really love this album. it's special to me. I approached the recording process tactfully and naturally. The art, beats, lyrics and so on were thought of thoroughly. The album wasn't necessarily "hard" to make in the sense of coming up with the music. I am blessed to have access to some amazing producers who respect my artistry and know how to match my sound. It was amazing to be in the streets hearing people play "Stick 'Em" in their cars and making videos. The songs have definitely spread and helped the following we are attempting to reach grow.

Ok-Tho: One thing I don’t think is talked about much and I know we haven’t talked about too much is that you’re definitely in the category of prolific now. With a number of tapes, albums, collabs and more under your belt do you ever think about the amount of content you’ve released over the last decade (technically more)?

Jean P: I am always thinking about my past projects in the sense of where I started. " Athens, Ohio Jean P The MC" is a completely different era for me. I will look at those older videos from the fest season and it leaves me in awe. Damn I have really been doing this music since 2008 and I haven't quit. It took me 20 albums to finally say hey maybe I am built for this shit. Who can say people enjoy the guy who talks about being a mailman (laughs).

Ok-Tho: What was the goal with “Joke’s On You”? Because I think it’s fair to say there’s a slight change in your demeanor and even the production you’re on. How did you approach this album versus others?

Jean P: The goal was to let the doubters know I'm still here. I had people tell me straight to my face I wasn't good. That people only supported me because of who I was and not my skill. As social media grows you see the opinion of the listener is cutthroat. Though we support trash if your music is trash people will tell you. I'm cool with that. I know people want to hear artists like me so I don't even sweat. The doubt wished on me was the motivation to succeed with this album. I approached this as "shut these haters the f*** up and be yourself while doing it". Done. 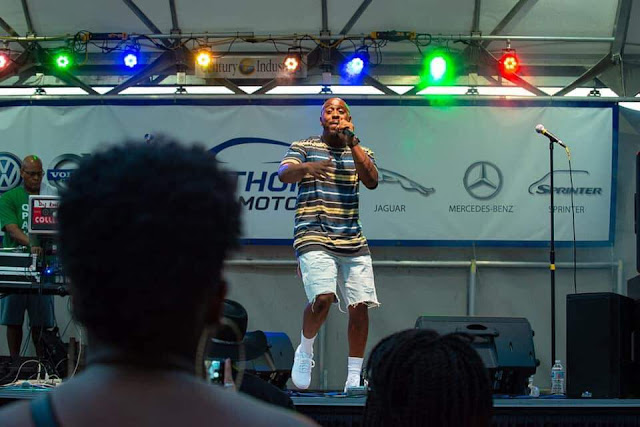 Ok-Tho: Ok, I’m sorry I gotta jump into this for my own comedy. Can you explain the cover art, because you got a lot of flack and wrong assumptions made about you simply on that.

Jean P: My uncle Fred hates that damn album cover for Joke's On You. People saw an eye on my forehead and thought I was denouncing my faith. The cover has much meaning. The colors representing how I see music. The mouths without faces laughing at me representing those who talk behind my back. My hat on my head because I was losing my hair and turning bald. Cory Shoaf who actually painted the cover is an amazing artist and one of my good friends. Check him out! www.coryshaof.com

Ok-Tho: Let’s talk about Canton your hometown, you’ve grown into a leader for the city and I feel you took a step forward by having your Album Release Party there bringing in other acts, but you’re going even further by hosting the #330Kids. What brought you to create an event like this?

Jean P: Currently I'm fresh off the #330KidsCypher which was done at McKinley Memorial Park in the city. i brought together the city's best and created the cypher to help the world see Canton is more than just the Top 100 Small Dangerous Cities to live in. There is promise here and most of these guys have potential to be seen across the world. Creating events like this in a city of only 70k is how movements can start and spread globally. People view Canton as a last resort. As long as I am a resident here I am going to put on until I am able to be seen on a larger scale.

Ok-Tho: I do want to touch on this because I feel every event curator or festival runner deals with this. For those in the area that weren’t necessarily picked up for this show, what does that mean for them and future events you’re throwing?

Jean P: It's hard to tell people who aren't included in something to be patient. They want it now and fast and when they see someone in the vicinity as them exceeding they feel entitled. If i could put every Canton rapper I would but I am only one person. You also have to put work in. Simple. We all have to.

Ok-Tho: Talk about the importance of #330Kids and events like this?

Jean P: #330kids is about showcasing creative minds that share the same area code. Bringing a culture to where you live. it doesn't matter big or small. Put on for where you're from and create opportunities when they aren't given to you.

Ok-Tho: I know “Joke’s On You” just came out but I’m almost certain you’re plotting your next move, anything you can tell us? And for the love of God when are we going to Jean back on the beats?

Jean P: I need a damn nap (laughs). I'm learning the ropes of being a label CEO, my son is in 3rd grade now, life is moving forward. I hope that opportunity comes for me. Im working on more music with Mydus, LAKIM, Trumaine and many others. You know I can't be stopped. Sto you really want me to produce! I gotta stop sleeping on my beats (laughs).
canton hip hop jean p the mc ohio hip hop