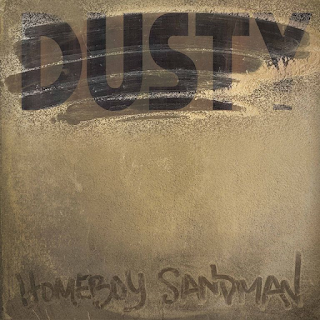 as the summer is coming to an end, Homeboy Sandman is ready to officially announce his debut Mello Music album Dusty.  The new album is produced entirely by Mono En Stereo whose production credits range from Mos Def to Action Bronson-and of course the duo’s previous EP Kool Herc: Fertile Crescent.  The new album finds Boy Sand dusting off his impulses and desires, letting his id take charge.  Aside from the Quelle Chris & Your Old Droog guest spots on “Lookout,” the Queens emcee handles the fifteen track solo in what can be described as at the pinnacle of his prowess.

Homeboy Sandman adds “Peep the single if you like it peep the record that’s how this works.”
Homeboy Sandman’s Dusty will be released on 10-18-19 via Mello Music Group.