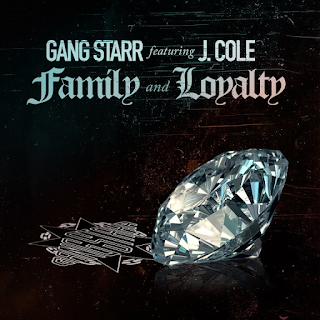 Gang Starr is undoubtedly one of the most revered, beloved and influential groups in Hip Hop.  Over the course of their distinguished career, they became a cultural institution and a brand you could ultimately trust.  The group’s “Chain and The Star” logo symbolized power and excellence and it permeated into the cutting-edge music they created.  With a handful of indelible classic albums on their resume, DJ Premier and Guru’s catalog has not only persevered, but mastered the test of time.  Simply, Gang Starr did not follow trends, they created them.

Though they never “officially” disbanded after the release of their last project (The Ownerz 2003), Premier and Guru still remained infinitely connected to each other even as they embarked on solo paths.  In the interim, fans clamored for more music from Gang Starr.  Though there have been whispers and murmurs, the possibilities seemingly grew more remote as the years passed by.  After Guru tragically passed away in 2010 the hope seemed to vanish altogether.  Today, that all changes!

The one person who never gave up hope was DJ Premier.  “I never lost faith, or wavered.  I still felt it inside of me, it just happened to be nine years later (after Guru’s passing)” Premier commented.   “We all want the things we want right now, but I am a patient guy.  I hung in there and I just kept believing.”

“Diamonds are forever like family and loyalty” Guru proclaims on “Family and Loyalty,” the first new Gang Starr single in sixteen years.  The instant Preem’s scratches and instrumental hit and Guru’s voice soars, it’s as if time has stood still; and the past is prologue.  “This record means so much to me.  It’s a continuation of what I never wanted to end” Premier stated.  It’s a very foreign place for me and very emotional.  I get happy, sad, excited; my feelings are kind of all over the place.  But predominantly, just very happy to be making music with Guru again.”

Though Guru passed away nearly a decade ago, “Family and Loyalty” is quintessential Gang Starr.  Collectively, Premier and Guru have always functioned as a connective tissue between socially conscious and street.  “Family and Loyalty” is cut from the same cloth; as Guru deftly pivots from the things that can’t be bought (love and respect), infinite thoughts and knowledge of self to fly girls who hold heat.

If hearing Gang Starr resurrected wasn’t enough, Preem and Guru welcome J. Cole into the Gang Starr family and he puts an exclamation point on “Family and Loyalty.” Cole contemplates an out of body experience and how it feels to rhyme alongside an artist who may no longer be with us in physical form; but (like diamonds) who’s influence has no expiration date “J. Cole, who’d a thought you woulda been, rhyming with ghosts, Guru flows forever.” “When it comes to this generation of emcees, ones that are lyrically on the level that Guru was on and someone that he would want to work with; Cole is that guy” Preemo confidently asserted.  “When Cole heard the record he got the chills and knew it was a classic.”

“Family and Loyalty” is a thank you from Gang Starr & J. Cole to fans and the culture that raised them.