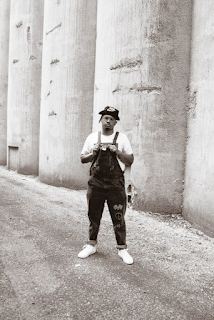 The upcoming release from Musa Reems is a single titled “Nothing New” set for September 25th. The single is a part of the EP To Whom It May Concern slated for release in November.  The first and only single is spit over a high-energy beat, produced by nk music, with a trap heavy bass, but a high-hat rhythm that is more reminiscent of a live-drummer mentality. The round and almost uneasy synth floats over the entire track providing the harmony/melody. Musa takes the energy of the production and redirects it at the mistrust he has found to be a part of his journey as a emcee trying to make it in Chicago. The fast-paced bars set the scene of crooked smiles and hidden intentions, as it can hard to trust anybody in a world and an industry so ruthless. Check out the single below, and be on the lookout for a few more releases in the coming months including the rest of To Whom It May Concern.