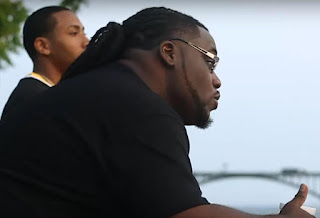 “Card’s I’ve Dealt” is a dose of that reality rap from Buffalo, NY which has been captivating the game of late. The emcee / producer says that the track “is about how I came up as a youth on the Eastside of Buffalo and if you aren’t from there you wouldn’t understand.”

Directed by @BrettMikeMedia the visuals are a slow-roll through the by-ways and back-streets of Buffalo. “Cards I’ve Dealt” is taken from the recently release EP The Experiment which also features production by Montreal’s Frank Grimes.