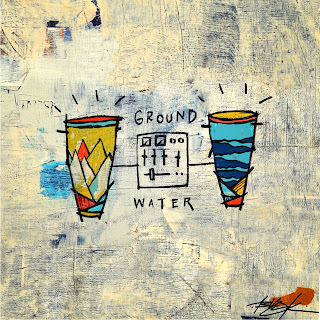 As quoted by Damu The Fudgemunk:

“It's amazing to think that a hard song such as Biggie and DJ Premier’s "Kick in the Door" can be flipped to promote the other end of the spectrum!”

Damu loves taking originally hard and dark Hip Hop tracks in order to repurpose the message. He likes to think it honours the original artists, but also gives a second life in every aspect to the work itself. Due to this, "Share the Love"should get the special attention it deserves from listeners.

Each song from the album “Ground and Water” stands on its own, but Share the Love's message is probably the most universal. Blu's lyrics aren't too complex, but are thought provoking enough to drive the message.
That's what makes Blu such an effective lyricist and when he first wrote the song, Blu always had Raw Poetic in mind, and featured him on the second verse. Being a fan of both vocalists, Damu wanted to give them the proper sounds to accent their words, and it inspired him go deeper with the composition and arrangements.

The song is emotionally balanced with reality and a sincere request to see love thrive worldwide.

When looking at what happens around the globe daily, and how some rappers are showcasing violence and disfunction in their music, you get this heartfelt anthem from two grown men doing the opposite of what modern rappers are stereotypically known for.

Given the message, Damu really wanted the final product to be something potent, with replay value and have a genuine feeling. Both Blu and Raw Poetic deliver lyrically, with their different approaches complimenting each other to “Share the Love