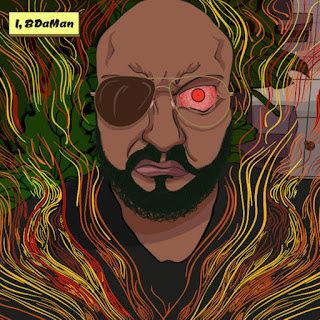 BDaMan (born Bryce Foster), is a young, up and coming hip-hop artist from Minneapolis, Minnesota who commonly raps with his older stepbrother, B.Allen as S.O.S. (Speed of Sound). To stand out from other up and coming rappers, he blends & bends all genres of music to mesh with his lyrical and conscious style of lyrics. BDaMan started rapping in 2004 when he heard his other friends rapping. He decided he wanted to try it as well, so he started freestyling in middle school and making CDs. When he got to high school, he got lots of criticism about his rapping, but he managed to use it to get better, which made his peers at school respect him more. BDaMan always looks for ways to transcend into new types of music and new ways to present himself to people. With high hopes, big creativity and a new strive for lyrical charisma; the future looks bright for BDaMan.

No amount of emotional vulnerability is off limits for BDaMan, as plenty of topics & people are addressed in swift fashion. BDaMan’s producer alter-ego, Madban The Doctor contributes many of the instrumentals, while producer SayJak contributes one instrumental (“Cool Cut Chillin’”) to this album.