[VIDEO] Eddie Kaine - Everything's A Go/No No No 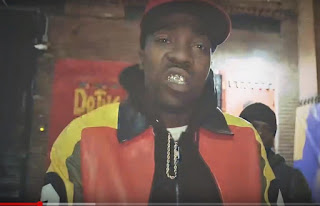 Brooklyn hard-rock Eddie Kaine has dropped new visuals for the Wavy Da Ghawd produced Everything's A Go / No No No. Taken from his newly released full-length project Aruku and filmed by @DopeTheDirector (for Dope Visualz) this is the third single from the project.

Other features on the album come courtesy of fellow members of The Walkers crew including Rome Streetz, RIM, Ty Farris, K. Burns, Spoda and Bub Rock.
With this video comes announcement of a new EP entirely produced by The Standouts to be called Nezzie's Star to drop shortly.