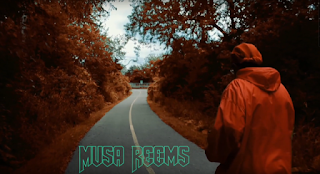 Directed by California native GP Bains, the video follows a similar surreal motif as his visual for “Flodge”, which the same director took charge of creation. The video encapsulates the already dream-like fluidity of the song, while also highlighting the key concept of perspective and “seeing (life) through a different lens”.

The project has already reached over 84k streams on Spotify and continues to climb. Musa will also be performing at the Silver Room on December 22nd in Hyde Park for the Free Format show.
LISTEN TO ALBUM HERE