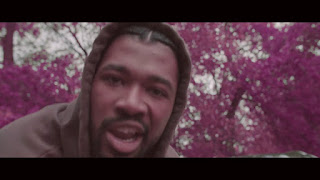 Chicago based artist AKONIxx has released the video for his
track titled “Star Wars”. The track has a ‘futuristic', Travis Scott-type hype track sound. The song was released through Roc
Nation’s distribution company Equity
on soundcloud a couple months earlier, and has now garnered almost 55k streams. The video itself experiments visually with coloration, and the Star Wars thematic struggle between good and evil, all the while retaining a hip hop mentality and visual quality.
His purpose for this song/video was to take his own idea of blackness, and introduce it to the Star Wars world.