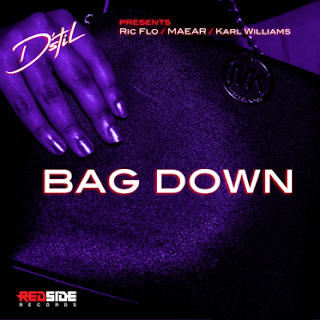 D'STIL teams up with hip hop emcees RIC FLO and MAEAR bringing back the UK Garage vibes with new single 'BAG DOWN' via Red Side Records.


Known for a more RnB leaning output to date, Bag Down showcases D'Stil's versatility as the producer/artist delivers an old skool UK Garage inspired anthem that is set to ignite the bubbling new UKG scene. The flexible duo, Ric Flo and MAEAR bolster the track with their hip hop approach, skilfully juxtaposing an enigmatic undertone with some cheeky and fun vocals. Adding some more context to the release, D'Stil explains:


“I represent a Garage sound that is made for the clubbers and living room ravers. It's all about putting that Bag Down and enjoying the moment.”


Since moving to London from Birmingham in 2016, D'Stil has collaborated with various London rappers and singers, with such releases supported by BBC Introducing, Rinse FM and Flex FM. After an exciting 2019 for D'Stil and Red Side Records (which he co-owns), including supporting Artful Dodger, Bag Down' sets the tone for a series of new collaborations and singles this year, with plans for a highly anticipated second EP to follow the success of his debut By Your Side' EP in the pipes.

As a proud British Indian he has had difficulties breaking norms and stereotypes as a producer, singer and songwriter. Through his music and activism, he aims to champion British Asian talent, across the arts and beyond. As a sufferer of eczema his whole life he also works to raise awareness for eczema sufferers as well as creatives with eczema who struggle to gain recognition due to the stigma attached he highlights this work with the hashtag #EczemaWarrior.