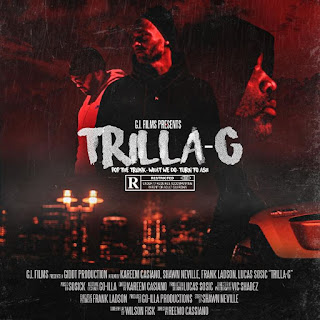 GIDDT (Go-Illa Down-N-Dirty Tribe) is a New Jersey Hip Hop Collective that formed a few years back with its origins and foundation tracing back to Down N Dirty Tribe, best known for their Funk Flex (Hot 97) premiered 1995 smash "Inna Cypher" which led to the world-renowned Ralph McDaniels putting their music video in heavy rotation on his legendary Video Music Box.
TRILLA-G is the group's newest release which plays on the word trilogy, combining three songs together for an outstanding G.I. Films directed experience. The crisp hard-hitting music production is handled in-house by producer Sosick, taking the viewer on an 8 minute journey through "Pop The Trunk" by Vic Shadez, "What We Do" by Meny Myndz and "Turn To Ash" by Soulution.