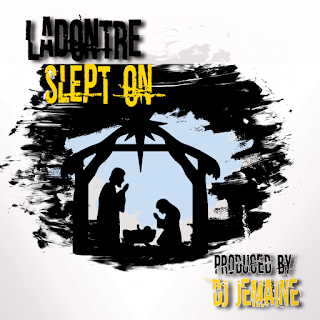 Massachusetts' Hip hop artist Ladontre' teams up with DJ Jemaine to drops his first EP, "The Beginning", set for release 1st quarter. The catchy first single titled "Slept on" is making some noise, currently featured in the upcoming film, "A Lost Song."  Veteran producer DJ Jemaine is behind the boards on this hard hitting, soul sample laced, boom bap joint with a christian twist! Look out for Ladontre', he's bring a new flavor to the music scene.  \