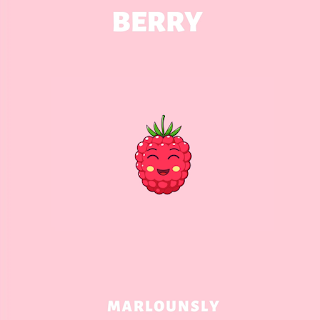 Marlounsly is kicking off Valentine's Day Weekend with an original song called, "Berry."

Marlounsly is a singer-songwriter born in Haiti, but raised in West Palm Beach, Florida. She has garnered attention from various media outlets and acquired a strong social media following. In 2018 and 2019, she landed a spot to perform at Miami’s Best Life Music Festival alongside artists such as Ella Mai, H.E.R and Summer Walker. In 2019, Marlounsly's music video for her single, "Dreamboat," amassed 100,000+ views.


Building on the momentum of her latest single, "Myself," which was released earlier this year, Marlounsly is back with another single titled, "Berry." Known for her well-polished and intimate lyrics, Marlounsly delivers a smooth, yet powerful song for lovebirds and fans all over to jam to this Valentine's Day.


The single "Berry" is accompanied by a music video directed by Anton Anderson. The video is captivating and sultry. "Berry" is a single off of Marlounsly's upcoming album, "Dreamboat the Album." The album is named after her titular song/video, "Dreamboat," which went viral in 2019 and has now surpassed 300,000+ streams/views. "I feel it is only right to name the album after the song that really catapulted my career," Marlounsly explains.


"Berry" is a record that one cannot help, but sing along to. Fans and soon-to-be fans will have this song on repeat. "I really wanted to put out a single from my upcoming project for the fans to enjoy, so I figured what better time to release a song to show the fans that I love them than on Valentine's Day," Marlounsly states.


Marlounsly is currently back in the studio and doing shows. The stage is set for Marlously to have an even bigger year than previous. Stay tuned and follow the journey of this rapidly rising star.