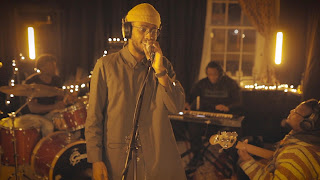 Midwest hip-hop/soul artist, musician, and bandleader, MikeyyAustin is wasting no time kicking off the new decade. Since 2016, Mikeyy has performed live with his band formerly known as The Happy Medium. The band combines elements of soul and jazz under a hip-hop sound-bed. MikeyyAustin & 'The Soulcial Club' recently performed a live session with Dogtown Studio's (Grand Rapids, MI), where Mikeyy premiered upcoming music. Among the songs performed, Mikeyy and the band performed 'Palm Trees & Fajitas', a new single released on Feb 5th, 2020.