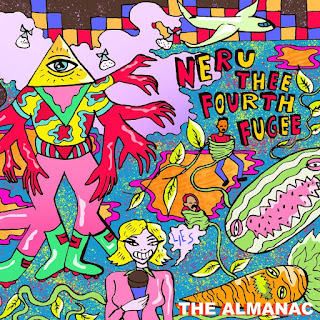 'The Almanac' is the long-awaited new album from Neru, who will remind you of early Funkadelics with facets of the legendary Lauryn Hill, while firmly operating in her own lane, merging elements of hip hop, neo-soul, funk, ambient and psychedelic music to create her own unique sound.


This album comes on the back of Neru spending the past 4 years on the road, opening and performing alongside the likes of Danny Brown, The Roots, Oddisee, IDK, Princess Nokia, and Dan Deacon, to mention a few, on the back of her acclaimed projects 'The Reincarnation' and 'Enlightenment Era' from 2014.


Neru produced all nine tracks on the project with her Hippy Trippy Collective, and the only guest appearances on the record come from rap rising star Deetranada (The Rap Game, XXL, The Source), Ill Camille (BBC 1Xtra, NPR, HipHopDX) and Baltimore newcomer DopeSol.