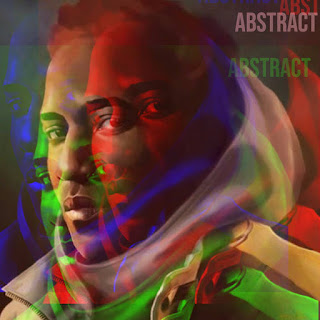 This record focuses on the perspective of today's past and present culture and how it effects their everyday way-of-life. Life's challenges and self-reflection all make up the lyrics for AbstracT; with a dope sampled Q-tip excerpt for the Chorus!


If your father, Robert Kelly of the R&B/Gospel/Soul group "The Kelly Brothers," performed alongside Funk & Soul legends like James Brown & Sam Cooke, chances are being a product of your environment meant only one thing…following the path of musicianship set directly before him. Chicago-based Hip-Hop artist / producer Neak draws vivid verbal portraits which find inspiration in the spirit of U.S. culture and his own deep-seating personal experiences. Naming Nas, Yasiin Bey (Mos Def), Common, Lupe Fiasco, Kanye West, Elzhi, Jay-Z, etc. as his main lyrical influences, Neak preserves the aesthetics of true-to-life Rap; authenticity, originality, and excellence all evoke a heartfelt emotion for listeners of his music.

My most recent album, KWESBAAR, (self-produced), executive produced Rashid Hadee. Jazz-influenced. Soulful at its core.  It's been featured as one of the best hip-hop albums of 2019 from many various sources such as HHGA, GBC, and more. - Neak

Formerly known as Sincerely Yours, Since9ine6ix is a hip hop artist hailing from the city of Oak Park, Illinois by way of Chicago. With a focus on the traditional elements of hip hop such as an emphasis on pure lyricism and raw substance mirroring life's trials and tribulations, Since9ine6ix is an artist that speaks for and to everyday people.


Influenced by a plethora of artist that span across a number of genres, the main source of inspiration is drawn from the people and things around. Growing up in a household with a mother who sang R&B before crossing over to Gospel, it's no wonder why family is the ultimate muse for an artist like Since9ine6ix.

Since9ine6ix recently released his new album BLESSED, which is executive produced by me (Neak) and mixed/mastered by Rashid Hadee. This rap, soul, gospel-mixed album is a complete gem; available on all major streaming platforms.