Young Black And Gifted - For The Glory 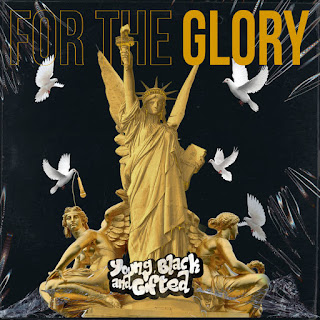 Grown man rap alert! Rochester, NY conscious duo Young Black And Gifted (YBG) continue their unbroken streak of dope singles, dropping For The Glory this morning. Over a cosmic soul soundscape bottom’d out with slinky bass (provided by Kidd Called Quest) emcee Azariah drops some motivational bars. A grounded perspective from an emcee who knows he goes all in but is satisfied to move a few head’s and keep his wife and daughter fed.

Most recently the group dropped The Black Gift EP around the holidays which contained eight new joints as well as four classic joints from their decade plus run.

Listen to stream of The Black Gift EP Here

That EP came on the heels of YBG associate Jae Hussle’s full-length release entitled Reflections: A Story Of My Lifetime Vol 1 (which was entirely produced by Kidd Called Quest). For The Glory is just a taste of the forthcoming YBG full-length, Second Coming to drop shortly and which will also feature an appearance by Hussle.