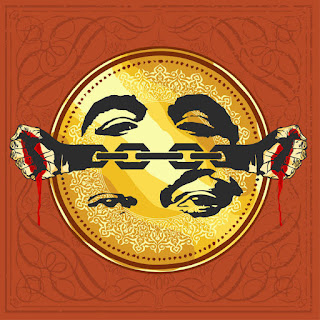 Fresno, California mainstay Planet Asia has recorded a number of albums with single producers (or production teams) throughout his prolific career. He has dropped classic material with DJ Muggs, Apollo Brown, Gensu Dean, DJ Concept, Izznyce, and of course his boys DirtyDiggs. However, according to King Medallions himself, his 38 Spesh-produced album Trust The Chain is his best single-producer album yet.
Spesh paid nuff dues to be recognized as a threat on the mic. However, once he was, the ambitious artist refused to sit on his laurels and turned his attention toward beatmaking. Ever since then he has been proving that he is just as nice on the MPC as he is with a pen. He has produced full projects for himself, Che Noir, Flee Lord, Elcamino, Planet Asia, and he has several more in the works.
The pairing of PA’s funky linguistics and Spesh’s soul loops is a match made in Hip-Hop nirvana. And to further bolster the flavor on this fly affair, Rasheed Chappell, The Musalini, Fred The Godson, and Elcamino are each invited to pitch in a drum. It's Trust Gang meets the Gold Chain Military and the game will never be the same again.