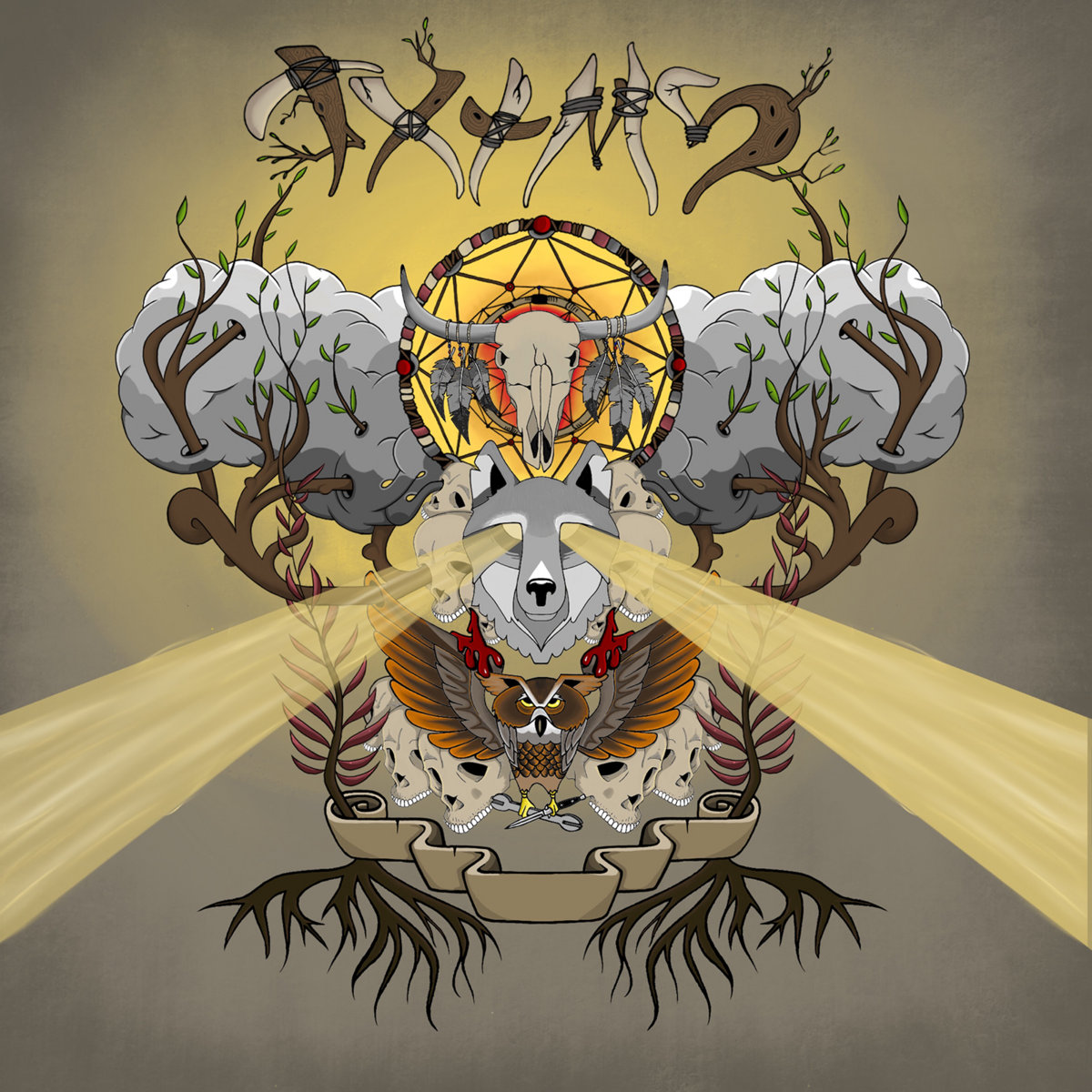 This extended play is scheduled to be released on March 20th this year. TXTMS is a newly formed duo consisting of OneWerd & Dan Dillinger. I personally hadn’t ever heard any music from either of these artists before checking this self titled project out, so I went into it relatively blind. All I knew is that this is their debut project together—although they’ve collaborated in the past—and every song is produced by OneWerd.
The project opens up with Ashes. It has a pretty nice, kind of Electronic sounding instrumental. OneWerd’s voice kinda reminds me of Sage Francis. It’s a really high energy track; his flow is very fast paced, and he breaks into a more melodic delivery as it progresses. The beat is actually pretty dynamic as well. It actually evolves throughout the entire song. It’s not just a simplistic, incessant loop. It’s nice that they actually have something unique to say too; the writing isn’t generic at all.

Claims indicate names of eliminated faces negated
Race is too mean of a conquer device, concept applied
On the constant conscious lost in the onset
Trauma to trauma, the dramatization, no honor
Call it the colonization of a new frontier
Who hunts who? Who’s unclear on what you’ve become here?

I probably misquoted some of those bars, but I think I got most of it right. So, as you can see, they actually put effort into their writing, and they aren’t saying the same shit that every other rapper is. OneWerd killed that first verse. His sung hook actually sounds really good too. I really like Dan Dillinger’s voice. I definitely think OneWerd had the better performance though. I was surprised to hear that line about “vaccinations keeping us sick.” I’m not sure what the deal with that was. The song is dope overall though. I was mainly impressed by the first verse from OneWerd, but everything else about it was pretty good too. I fuck with it, and things only get better from here. Track 2 is called Paying the Price, and it features Gajah. I guess all of the beats on this project are melodic to some extent, but this one sounds more melodic than the others to me. For some reason it makes me think of Mitsurugi’s stage in Soul Calibur 2, and I have no idea why. I think it’s probably my favorite beat on the whole project though. It’s actually a really fucking awesome instrumental. The first verse from Dan Dillinger is really nice. One thing that was kinda funny to me is that he called himself “Grayskull,” unless I misheard what he said. The reason that this is funny to me is because he switched his delivery up for the last few lines of his verse, and he started sounding kinda like Skeletor at this point. I don’t know if that was planned or if it’s a coincidence, but it made me laugh. OneWerd’s sung hook on this track is really nice, and his verse was great too. I don’t think I’d ever heard of Gajah before listening to this song unless I’m just forgetting something. His verse was pretty solid though. However, Dan probably had my favorite verse. The best aspect of the song is definitely the production in my opinion, but everything else is good too. It’s dope as hell. The penultimate track is called Breaking Point Equation featuring Dephyant & Emcee Graffiti. This is my favorite track on the project. The first second or two had me a bit worried because the primary loop in the instrumental is a heavy electric guitar riff. I really dislike most Nü-Metal, and the electric guitar is one of my least favorite instruments, but the beat thankfully ended up being pretty dope. The first verse from Dephyant is really nice; his flow was dope as hell. I was actually really impressed by his performance by the time his verse was finished. His rhymes and alliteration were superb. Emcee Graffiti killed that second verse too. Dan Dillinger really slaughtered this shit though.

He had my favorite verse on the song. That shit was fire. This is one of those tracks where there are just four super skilled MCs going at it. It’s kinda like the what Slaughterhouse used to do. OneWerd did a great job with the final verse as well; there’s not a single performance on the song that I was underwhelmed by. The instrumental style might turn some people off, but I liked it. It kinda reminded me of old school Linkin Park. Hybrid Theory & Meteora are the only albums that have ever been made in this style that I’ve liked in my life, but this is fire. Killer Mike also has a song called Hand on the Nine, Finger on the Trigger with a similar instrumental to this, and that’s one of my favorite songs from him. Anyway, I love this track. I don’t have any issues with it at all. This shit is dope af. The closing track is called I Can’t Believe It, and it features Megabusive. He isn’t an artist with whom I have a lot of experience, but I have heard him on some features here and there. The first one that comes to mind is his appearance on one of my favorite Open Mike Eagle albums, 4NML HSPTL. In fact, Black Clouds is actually my favorite song from that album, and the beat on this track kinda sounds like the stuff OME used to rap over. Anyway, the first verse from OneWerd is really great.

Authenticity sits between where you is and you isn’t
Fixed in the twisting of shifts, visible systems and scripts
Schisms of wisdom & risk, something is there in the midst of it
So I stare in the distance, barely aware, edges in my vision

Dan’s verse was really nice too. I don’t really think anything about this song is particularly bad, but I will say that the longer length is quite noticeable. Maybe they could’ve removed the instrumental breaks between each verse to just carry the momentum from each performance throughout the entire track. Megabusive fucking slaughtered that final verse though. That shit was fire. I should really look into more of his work because he blew me away here.

He fucking killed it, and honestly I think he had the best verse on the whole song. I loved it. The song is dope as hell overall.


This project is actually pretty amazing. It ended up being way better than I was expecting. I think my favorite aspect of it is the actual lyricism, but that’s not all the project has to offer. I just really love how dense the rhymes are. It’s a breath of fresh air when rappers are actually writing about stuff that not a lot of other MCs are. There aren’t just a ton of lines about being better than other rappers. I like that stuff, but it’s nice to have some variety. I was apprehensive towards a lot of the Electronic influenced beats because that style can sound very flat and soulless if it’s not done well, but OneWerd thankfully did a great job. I don’t think any of the beats are wack. OneWerd can actually sing too, so that was nice. I like Dan Dillinger’s rapping voice more personally, but they’re both very talented writers, and I think they make a good pair. This project technically isn’t even fully released yet, but I’m already excited at the prospect of a full length album. This shit is really goddamn good, and easily one of the better projects that I’ve heard so far this year. Don’t sleep on it. It’s dope af.