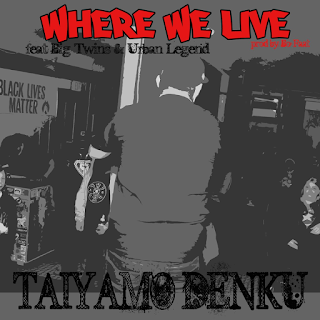 Taiyamo Denku teamed up with Madison native Urban Legend to bring you this solid collaboration which features Infamous Mobb's own Big Twins aka Twins Gambino. The production on the song is dealt by German based productionist Bo Faat, whom Denku has an album due out with March 24th.

Denku starts the song off with a strong punchline thorough verse to compliment his rough and rugged style and voice. Big Twins and his signature style tally up the 2nd verse nice with some good street,from the concrete type lyrics. Urban Legend comes in with his heavy lyrical yet Jay-Zish voice to finish the song off nicely. The Video was shot by Tripod Johnson and edited by CTM FILMS. Give the video a watch and prepare for much more from Denku & Bo Faat in the the near future.