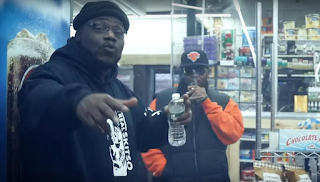 Buffalo's NY Therealskitso has released a two-fer video this morning. 99Freestyle / Criminal Minds (originally posted by Premier Wuz Here) is a double-shot of those hard-learned lessons from street living rap that skitso emparts well. Moving around the hood in the videos he said on the tracks 99 Freestyle is me taking it back to 1999 with the beat, the rhymes, the flow pattern for those heads. Criminal Minds is talking on those underground rappers who can’t keep it real, talking about shit that they never done in the streets.

Both joints are leaks from the forthcoming project, The Experiment 2, which is the second installment of last year's EP with Canadian producer Frank Grimes.