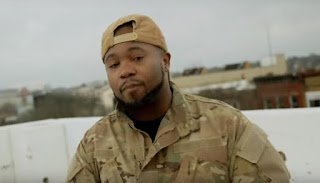 Upstate spitter, Rico Tellem has dropped a visual version for his single Bishop Killed Raheem. Directed by Mathew Synclair it’s apparent the influence that the video as well as the single draws from the iconic 1992 film, Juice. Mirroring Bishop (played by 2Pac) turn from close friend to anybody killer, Rico lays out a tale of street betrayal from one closest.