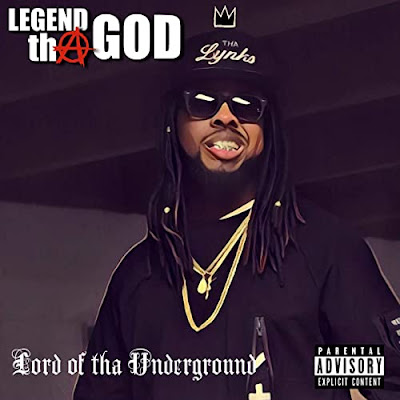 Based in Charlottesville, VA, Legend Tha God is a rapper and producer that's worked with Sports Illustrated for Kids, Nike, Def Jam, Sony Music, Universal and No Limit. He got his start at the M.R.C. (Music Resource Center) in Charlottesville VA founded by Dave Matthews. He has been rapping for over 15 years and made his mark in the Rap Group Tha Lynks before expanding into a solo career. Hard-work, determination and perseverance is in his blood being the nephew of Harriet Tubman.

Legend’s material connects with his audience, finding common ground in the types of experiences he has had. Legend has toured extensively over the course of his career to various places such as New York, Atlanta, Carolina, Baltimore, Massachusetts, Washington DC, Kentucky, All over Virginia and more. With plenty of new music on the horizon, Legend offers his latest single, "Tha Ghetto." Reflecting on life in the hood, Legend Tha God drops off some silky rhymes in this jazzy banger.

Stream via Spotify below!