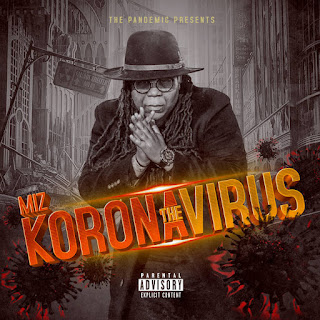 After a nearly four year hiatus from recording and releasing music, Detroit Emcee  Miz Korona is back with a new project born from an unlikely inspiration.

Originally avoiding the international pandemic of COVID-19,
Miz Korona found herself continuously encouraged by her music making peers after the virus went viral short months after its’ discovery had been announced in the media.
Now armed with fresh perspective informed by her love of photography and community activism, Miz Korona offers The Virus EP to the people as a succinct and distinct statement on the times we live in with help from an ensemble of artists and producers including Chanes, Mark Cooper, Marv Won,  DJ Static, King Gordy, LaShaun Phoenix and Neco Redd.