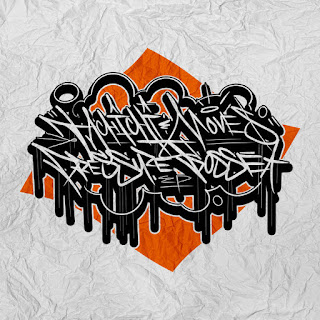 Tachichi & Moves are back! It's the return of the classic Canadian rap duo with their first new release together in 11 years. Pressure Posse is an 8-song collection of summer jams and throwback boom bap with a touch of quirkiness in the production supplied by Moves, a pioneer of the Halifax, NS, hip hop scene as producer and DJ for Hip Club Groove.

His frequent partner in collaboration, Tachichi, made his debut as Little T on the Hand’Solo Records compilation Basement of Badmen in 1996 with the live off-the-top track “Tyrone’s Freestyle”. It wasn’t long before the veteran producer and rookie rapper teamed for their first album, Truth of the Trade, released in 1998 on Moves’ own Low Pressure label, followed by the Suicidal Soul EP on Hand’Solo Records in 1999.

The duo released two further albums on Low Pressure—Booze Brothers in 2002 and Off the Breathalyzer in 2009—before moving onto other projects with other collaborators. But now they’re back with Hand’Solo for another alliterative-titled EP fans are sure to enjoy.