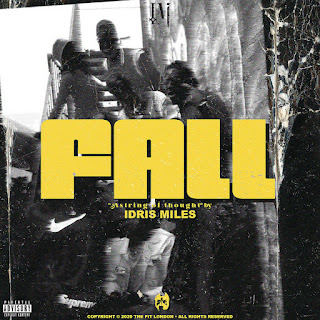 Based in Essex (UK), Idris Miles (pronounced Eye-Dris) is an artist and songwriter who fuses the sounds of Rap, Trap, R&B and Hip Hop. Valuing music that shares a meaningful and powerful message, he is summed up by tight flows, lucid concepts and sheer passion. Now, the fiery rapper returns with his first single of the year ‘FALL’.

Taking on a monster beat from multi-platinum, Grammy nominated producer TheBeatPlug (Drake, Mac Miller, Yung Thug) Idris spits his immaculate diction atop a dark production that evokes visions of a ‘final boss’ level, in which he battles his detractors.