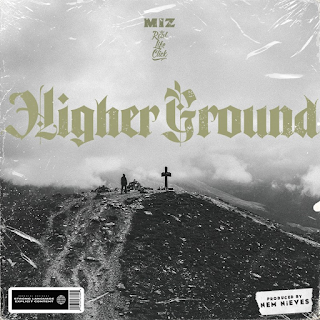 Olympia, Washington emcee MIZ has been putting out music since 2004. The New Jersey and Northwest veteran has 10 full projects under his belt and numerous more song releases to add to that. In the year 2020 MIZ shows he still has a passion for the microphone.

HIs newest single, "Higher Ground" was produced by New Jersey beatmaker Nem Nieves formerly known as Nemisis. The East Coast producer has a lengthy discography that includes work with such notable artists as: Nino Bless, Kid Vishis and Von Pea of Tanya Morgan. "Higher Ground" features a sample of Florence and the Machine's song, "Leave My Body". This track will be the first of a string of singles being released by MIZ in the upcoming weeks.

MIZ is also hard at work on an upcoming EP with his brother Ang P that will be out later this year.

Listen to "Higher Ground" by MIZ below: