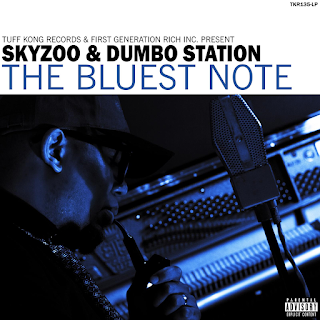 With Retropolitan, Skyzoo’s most recent collaborative project with Pete Rock, he got to live out a dream, as two generations of legendary native New Yorkers aligned to create an album that was both a love letter and a wakeup call to the city they love.
Now, with The Bluest Note, Skyzoo is checking another box on his bucket list.  “Since my debut album, I’ve never released a project that didn’t include a moment of jazz influence; with some sort of live instrumentation, something that connected my lyricism with the truest definition of musical lyricism; jazz” Skyzoo commented.  “As much as I’ve incorporated my favorite genre of music with my other favorite genre of music, this is the first time I’ve been able to craft an entire project based on jazz production from top to bottom” Skyzoo quipped.  “The Bluest Note is a testament to something I’d been longing to do for as far back as I can remember.”

In addition to announcing his new project, Skyzoo also released the project’s first single ”Good Enough Reasons,” which is now available for streaming.