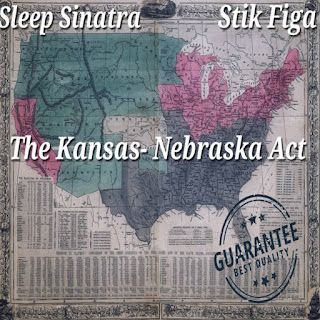 Sleep Sinatra and Topeka, Kansas native Stik Figa first initially met when Sleep invited Stik out to Lincoln, Nebraska to perform for the city's annual Lincoln Calling Festival in September of 2017 and then again March 2018 to Headline a show at Duffy's Tavern.

This is the first Official Collaborative project from the two MC's. A True Kansas x Nebraska connection. A sonic representation from the perspective of the Melanated Mind existing in the midst of landlocked , "FlyOver" states.