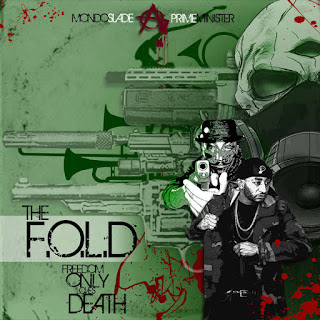 Cleveland legends Mondo Slade and Prime Minister finally join forces to bring forth The F.O.L.D. (Freedom Only Loves Death) album. This is a 10 track LP showcasing continued lyrical superiority of both Mondo and Prime, but also insightful and self-reflective songwriting. Fully produced by Prime Minister himself, this album continues the line of diverse and innovative lyrical output of Mondo Slade.