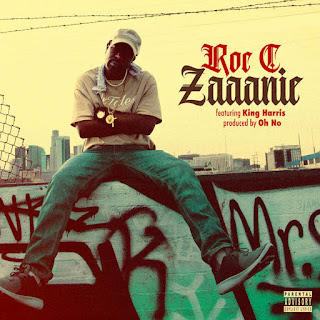 Roc C's new song "Zaaanie" is an Oh No produced track that let's the listeners into mind and eyes of Roc C as he explains Oxnard from his point of view and experience. Guest feature King Harris lends a helping hand on this energized smackfest song. "Zaaanie" is the second single from Roc C's upcoming album "OxTales" to be released on June 19th.


Roc C has worked with notable emcees and producers in the past such as Madlib, Oh No, DJ Rhettmatic, Chino XL, Bizzy Bone, J-Ro, Aloe Blacc, Rapper Big Pooh, Chali 2na, Fredro Starr, The Alchemist, Freeway and the list continues. His debut album "All Questions Answered" was released in 2006 via Stones Throw Records.