[SINGLE] James Chatburn - In My House 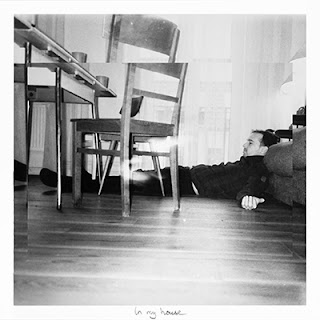 James Chatburn is a Berlin based Australian soul singer, songwriter and producer. Since settling in Berlin in 2015, he has released his first two EPs '001' and ‘Damen’, followed by a string of collaborations, creating out of a dilapidated old GDR office building.
He has toured with Jordan Rakei and The Internet, produced for Brooklyn's rum.gold, released on Majestic Casual and Soulection and collaborated with Australian hip hop legends Hilltop Hoods on their certified Gold single ‘Higher’. He’s now back with his latest single 'In My House

James has combined influences from divided musical worlds to create something which does not fit into any one mould. Having first made a name for himself in the modern soul scene, he now edges into a world of psychedelia and nostalgia with the upcoming debut 2020 album ‘Faible’. Exploring Unknown Mortal Orchestra to D’angelo and from Donny Hathaway to Shuggie Otis, James brings the essence of something familiar to something new.

‘In My House’ is an analogue spring jam, infused with James’ distinctly passionate gravelly voice. The slapback vocals overlay saturated tripped out wavy guitars and a punchy drum sound. With a warm vibe that allows you to slowly fade into another world of imagination, it marks a distinct new direction for James Chatburn’s sound.

"This pieces asks the question of who we allow into our lives and why we do so, the ones which we allow close can leave so much behind when they dive into our being, so it is wise to be careful. The song came together quicker then any other song I have ever written, Ironically I used the chopped up recorded drums from another song which was supposed to be included on the upcoming Album ‘Faible’, a song I reformatted and re-wrote 4 times to be left discarded. All of the other instruments and vocals are the original recordings from the first day of writing” - James Chatburn

2020 will reveal the culmination of the last few years of persistence and discovery.