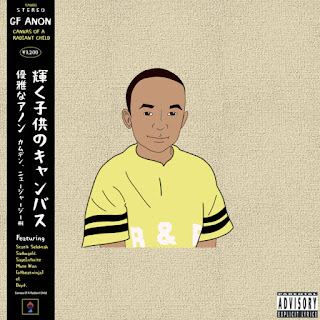 Camden, NJ Rapper/Producer "GF Anon" releases his quintessential debut album "Canvas Of A Radiant Child." Inspired by Legendary Painters such as Jean-Michel Basquiat and Jacob Lawrence, Anon describes his approach to the album as "each track being a piece of art..."