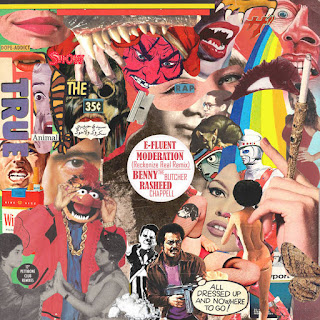 Upstate New York rising talent E-Fluent released a Camoflauge Monk-produced EP titled A Taste of Vinyl in 2018. To celebrate the two year anniversary of the offering, he had buzzing producer Reckonize Real remix "Moderation,” a standout joint off the project. And in order to up the ante, he then recruited Griselda capo Benny The Butcher and Trust Army emcee Rasheed Chappell to lace up the guitar-driven track with him. To top it all off, he brought in DJ Grazzhoppa to add a precision-cut scratch chorus. The end result is something special that should tide heads over until E’s next sonic outing.