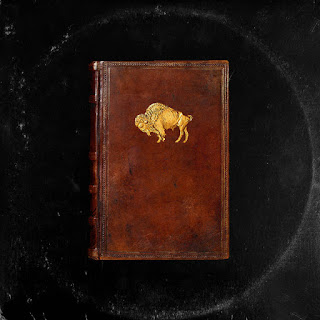 Buffalo & Detroit are America’s broken dream. They are once thriving cities, now known for frigid temperatures and violent crime. The cities were birthed in a different era, forged in fire, built of cold steel. It follows that the rawest Hiphop in recent memory has bled from these two regions. No two artists exemplify this hard truth more than legendary Detroit producer Apollo Brown and Buffalo’s maverick emcee Che’ Noir. The two artists came together to create a sound as natural as calm after the storm.

The soulful, head-nodding production of Apollo Brown has been a staple called on by some of the greatest to ever do it. From Ghostface Killah to Danny Brown, Freddie Gibbs to Chance the Rapper, Apollo Brown’s signature style has become an iconic staple of the culture.

Meanwhile, Che’ Noir has stepped onto the scene as smoothly as any double dutch veteran. Having already worked alongside Benny The Butcher, 38 Spesh, Kool G Rap, and Fred The Godson, she has emerged as one of the most extraordinary New York talents heard in years.

The pair’s new album, As God Intended, drifts up and down city streets and offers a glimpse behind closed doors, telling the stories of gunshots, missing fathers, & playing the system.

“You don’t need a gun or sword If you treat ya mind as the weapon/Our colors is hidden is secrets teachers hide in they lessons/Our History books was full of people with white complexions.”

“Freedom’ was a song I wrote at the end of 2019. It was before the George Floyd murder and before all the protesting and looting started happening. It’s a song that I feel like my people needed at the time, not even realizing months later that I would be witnessing the biggest revolution of my lifetime” Che lamented.  “The art of war, it’s a meaning behind the message, you don’t need a gun or sword if you treat ya mind as the weapon” is my favorite line in the song. My people have to stay 10 steps ahead mentally in order to fight this battle with the institutional and systemic racism we fight on the daily. Our anger and frustration right now is justified.”

“This is one of those songs that is not only completely relevant for today’s climate, but at all times. We made this song without knowing the uprising that would be happening soon thereafter” Apollo commented.  “It’s a great song, and Ché’s expression is all truth. It was only right that we share it with you all at this moment.”

Apollo Brown & Che Noir’s As God Intended will be released on 7-10-20 on Mello Music Group.