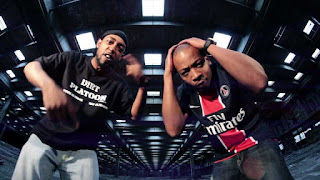 Rugged Baltimore duo, Dirt Platoon has dropped a new visual this morning. (Originally premiering via The Word Is Bond)Best CDs is Produced by Deepstar The Abyss Dwella (Buckshot, Masta Ace) is some dark-laced funk with boomin' stabs of bass that the emcees/biological brothers Raf Almigthy and Snook Da Crook tear into lyrical mince-meat.
Speaking on the track title Raf said when you get busted with drugs, you get a CDS charge (Controlled Dangers Substances). In this track our music / CD's is that Controlled Dangerous Substances that we deliver to the listener who want that raw.