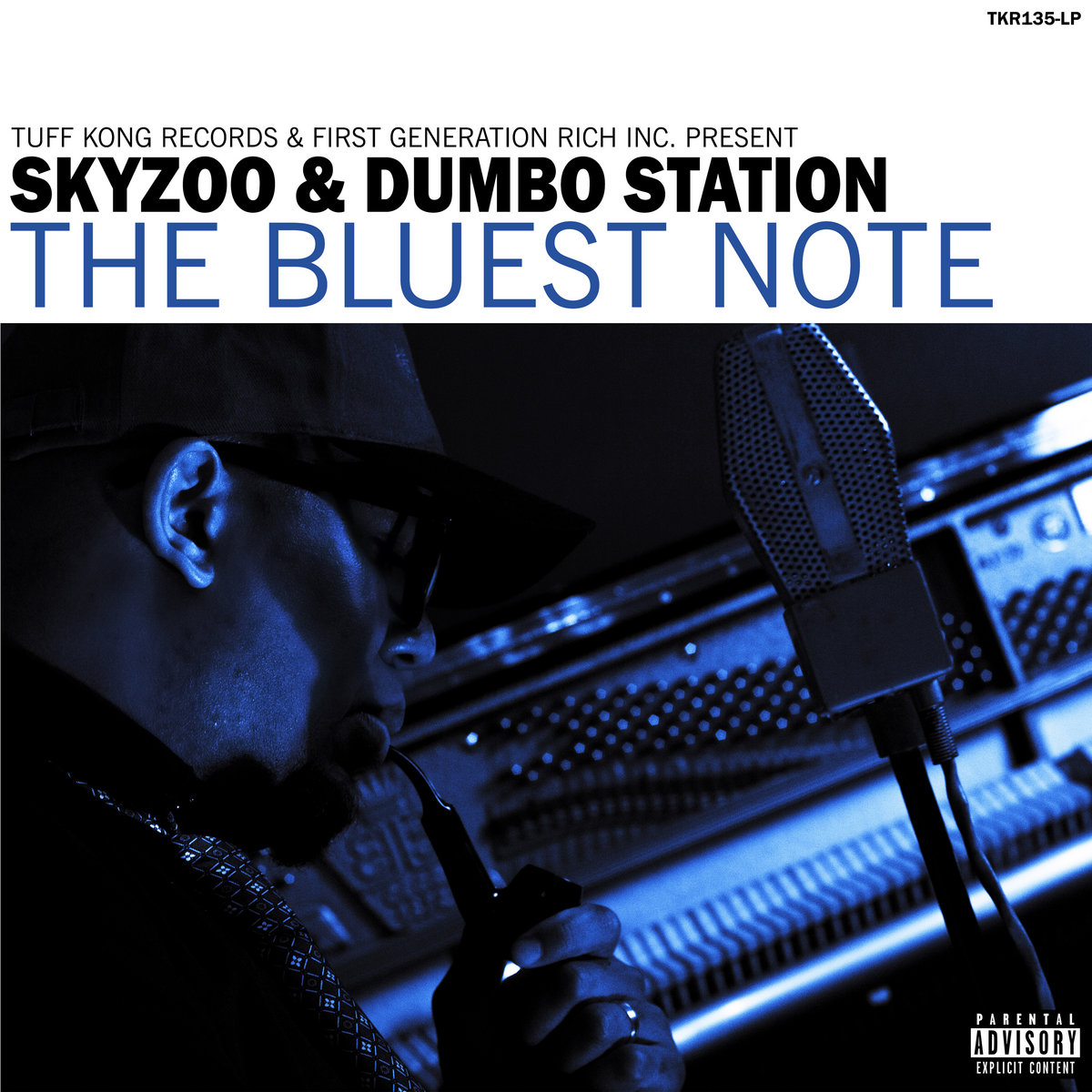 This extended play was released on April 24th this year. I haven’t ever covered any of Skyzoo’s work here, but I’ve been aware of him ever since he dropped an album in 2012 entitled A Dream Deferred. The first full project from him that I listened to was 2015’s Music for My Friends. There’s one very specific reason that I haven’t ever covered his work, and it’s because almost every single one of his albums is long as fuck. I’m actually shocked that I never see anyone talk about how long his projects are because plenty of his full length albums are well over an hour in length. They aren’t bad by any means. I get tired of listening to anyone for that long though. Last year he dropped his critically acclaimed Retropolitan album, which was entirely produced by Pete Rock. I don’t love it quite as much as a lot of others seem too, but I definitely enjoyed it quite a bit, and I think it’s easily Skyzoo’s best work to date. I also think it has some of Pete Rock’s best work in ages. Even though I’m not the biggest fan of Skyzoo’s work, I was actually really looking forward to this project just because I was blown away by the singles. I genuinely think I’m gonna love this, and I won’t be surprised if it ends up being my favorite Skyzoo project ever. Anyway, I’m personally not super familiar with a lot of Jazz musicians. I think I generally enjoy Jazz as a genre, but it’s not something I really love enough to delve into and learn about. Some of my earliest memories are of my dad taking me to clubs to see live jazz concerts, and it was cool, but a lot of the time it just falls into the background for me. If I just sit down and try to focus on the music when I listen to a Jazz album it usually just puts me to sleep. I’m saying all this just to let y’all know that I have a very surface-level understanding of the genre. However, I am aware of Blue Note Records. This project is obviously dedicated to them, so that’s cool. I don’t think I’d ever heard of Dumbo Station before looking into this project, so I don’t know if they’re a Jazz band or if they’re Hip Hop producers that specialize in Jazz Rap. I’m assuming it’s the former though. So yeah, every song is produced by them obviously.

The jazzy production here is glorious, and the first verse from Skyzoo is really great too. He sounds great over this instrumental, and I actually really like the hook here as well. The second verse is even better than the first one in my opinion. I don’t think the lyricism is really gonna blow anyone away, but I don’t think anyone can say that his performance here was wack with a straight face. He did a really nice job. I think I was personally more impressed by the production than anything, but Skyzoo did his thing. This shit is really dope.

This is a major highlight of the week for me. Skyzoo is releasing a collaborative extended play with Dumbo Station entitled The Bluest Note, which is obviously a tribute to Blue Note records. This is the first single, and it’s absolutely glorious. If you’re into Jazz Rap and you don’t check this track out, you’re fuckin’ up. This song is perfect. Skyzoo’s flow is phenomenal as always, and the production here is absolutely gorgeous.

Wherever I stand, I’m knee deep in
Anything above it, you can keep it
I’m familiar where the pocket of the beat is
Like my friends is familiar with the precinct

Once the first verse ended, I literally said “Got. DAMN.” out loud. This song is amazing to me honestly. I regret not covering Retropolitan last year. I might still cover it at some point in the future to be honest. We’ll see what happens. Don’t sleep on this shit though. It’s dope af.

The production here feels very light and kind of breezy. It made me think of Mario Kart for whatever reason. At first Skyzoo’s writing didn’t really stand out to me very much, but after the first quatrain or two the opening verse gets really dope.

I did it for the kill, it’s still fingerprints around the store though
But no spilt 40 bottles on the floor though
Word to the spirit of a legend how the floor arose
And all the Montblanc covering the wardrobes

The hook isn’t really anything special, but it serves its purpose well enough. The second verse was pretty nice, although I don’t think I enjoyed it quite as much as the first. This is easily my least favorite track on the album, but I still like it a lot. Nothing about it really blows me away, but everything is still very well done. It’s a good song.

This song probably has my favorite beat on the whole project to be honest. This instrumental is fucking amazing. It reminds me of The Legend of Zelda. I have no idea why these beats made me think of Nintendo games. The content of this song isn’t very interesting to me unfortunately, but I think it’s very well done. He’s basically just rapping about a girl with whom he’s in a relationship.

She think I’m wild, but she still follow suit
It’s three to the dome the way I throw it and follow through
She show me Daft Punk, I show her chopped cheese
We get half drunk then things get knock kneed

I’m also not really crazy about the hook here. In terms of structure and his flow, it’s virtually identical to the hook of the preceding track. That’s definitely not a big enough issue to prevent me from enjoying this track though. It’s an incredibly well crafted song. I think it’s dope as hell personally.

This is the second single from the upcoming collaborative extended play by Skyzoo & Dumbo Station, The Bluest Note, which is scheduled for release on April 24th. Anyway, this shit is great. I think the first single they released was a little better, but I still love this shit. The beat is dope af, although I’ve heard that sample before. Scram Jones flipped it in 2013 for a song called Friday the 13th off his Dead Giveaway album. Skyzoo killed this shit though. He’s just rapping about Brooklyn, so it’s not really the most interesting content to me, but I think he did it really well. It was cool to hear him namedrop streets I used to explore while stoned a few years back. This beat is much jazzier than Scram Jones’ version, so I’d say I prefer this one. The songs both have very different atmospheres though. Anyway it’s a really dope song. Check it out.

This is my favorite song on the project. I kinda lied about Give & Take having my favorite instrumental on this EP. This beat is fucking gorgeous. I love how soft, relaxing, and emotional it sounds. The sentimental lyricism is pretty beautiful too.

You tryna hit rewind, but it’s their song
And they turn farewell in favor of their call
But long as you hear well, then you get to hear it all
And it goes on and on, until the song is gone
Just sing comfortably

The hook is somewhat reminiscent of those of Give & Take and There It Goes, but this one’s slightly less simplistic. The entire song is just absolutely marvelous, both lyrically and sonically. I think it’s perfect. This shit is dope af.

This is a really great project. I think this is one of the best-produced Jazz Rap projects I’ve heard all year. The only other one that really comes to mind is Purple Moonlight Pages. This is my second favorite project that Skyzoo has ever done. I’d put Retropolitan slightly above this, but they’re basically equal in terms of quality for me. I think Skyzoo is not only a really talented MC, but a very seasoned songwriter. This is very polished and well done. I don’t have any consistent gripes. I’m really glad they decided to do this project, and I’d be down for a whole album of this material. Don’t sleep on this. It’s super dope.