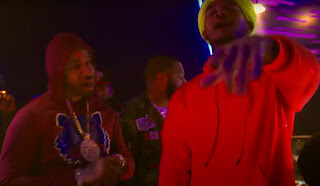 Before that happens though, Luciano drops a new visual, “Kill Everybody,” from his forthcoming project IBTS2 (Institutionalized By The Streets 2); which was premiered by HipHopDx.

“Kill Everybody” was a song I made when I felt my back was against the wall. I was under a lot of pressure and I was being judged and taken for granted by my family, friends and enemies” Loveboat commented to HipHopDx.  “I wanted blood, so I took that into the booth, saw red and started crafting.”

Loveboat Luciano’s IBTS2 (Institutionalized By The Streets 2) features appearances from Benny The Butcher, Quinn NFN, El Camino & Rico Shaw and will be released on 8-14-20.