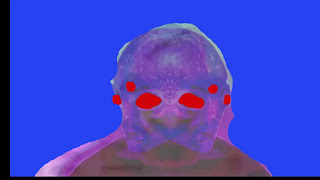 To improve delivery of this message, 200 Wolves translate the audio recording into visuals engineered to increase human desire to detect and decipher the intergalactic code. Repeat viewings are ensured as subliminal messages flash throughout and bursts of wavy lights and morphing movements keep pace with the synthesizer arpeggio. A new interpretation of the code by human production wizard DJ Matto should increase interest in Earthlings to the message of Alien Trap Lords on “My Whip UFO”.

* WARNING *
This video may cause seizures, paranoia, and bring unwanted attention from government organizations. View at your own discretion.


About Alien Trap Lords
Out of the farthest reaches of space come a group of inter-dimensional life forms. The Alien Trap Lords serve universal knowledge over thick synthesizer bass, heavy drums, and extra wavy pads. Take a galactic trip in their space whip. Learn the secrets of your world and the truth behind the conspiracies.