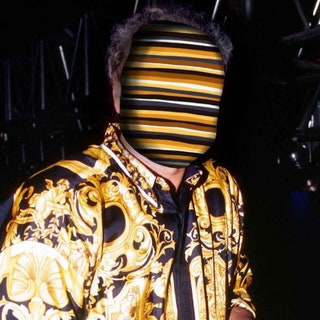 Though we are only half way thru the calendar year, Boldy James has already released critically acclaimed collaborative projects with Alchemist (The Price Of Tea In China) and  Sterling Toles (Manger On McNichols) and appeared on high profile projects from Westside Gunn (Pray For Paris & Flygod Is An Awesome God 2).

Some artistic unions just seem pre-destined to eventually happen and this is one of those rare moments where the symmetry and fit is undeniable.   Alas, for his second act of the year, Boldy James is taking his talents to the Griselda Records juggernaut and now with the release of his Griselda debut project, The Versace Tape, Boldy achieves a three-peat and unquestionably carves his name onto the MVP ballot for 2020.

The Versace Tape is produced entirely by Jay Versace and executive produced by Westside Gunn.  “It means the world to finally meet some real street ni**as and emcees who I rock with on a personal and a business level. I have a solid team in my corner to create and build with; in life and in my creative work space” Boldy commented on his new partnership and alignment with Griselda.  “This is only the beginning.”

While Jay Versace may have previously been known as a social-media influencer, he has taken the same creativity, energy and style he used to engage his millions of followers on his various platforms into his ascension as a producer.  With his work on Boldy’s The Versace Tape, he begins to carve out his own space and ushers in his own unique and soulful sound.

“Boldy is the Slick Rick of today, very vivid storytelling for the street guy” Westside Gunn added about his newest signee.  “Imagine the prettiest china plate with coke residue stuck on it; thats Boldy James.”

Along with the release of The Versace Tape, Boldy also released the first visual, “Cartier,” from the project which also features El Camino.  The “Cartier” video was exclusively premiered by Complex as part of their behind the scenes feature on the making of The Versace Tape with Boldy, Jay Versace and Westside Gunn.