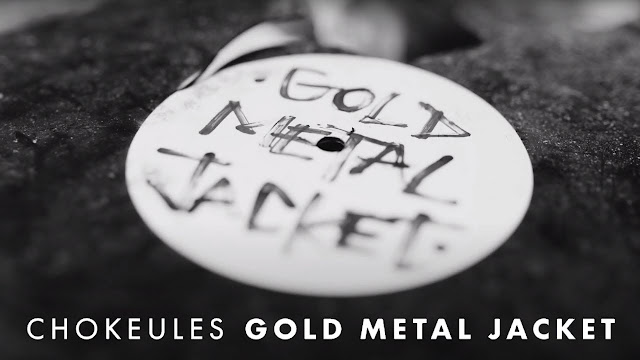 One of the best rappers doing it is doing it again. Chokeules has a new album called Nepotism. Produced by LRYBRDBTZ. The first single, “Gold Metal Jacket”, is a sonic soliloquy that bumps hard enough to knock the coins out of a jukebox. Hedge your bets and hog the speakers while this dusty banger somberly slaps the grin off your eardrums. In layperson's terms, it's classic grimy hip hop in the tradition of the greats. Golden era meets Metal Jacket. The video is shot and directed by Dan Jardine for Boom Shoal Enterprises.
Social Media
@chokeules