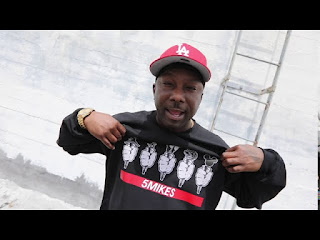 Being the 1st release from "I'm Not Clearing Shxt" limited edition vinyl, Ras Kass says, "We wanted to come with that rough rugged raw shit!".5 Mikes is a triumphant hardcore hiphop anthem in the tradition of "Ante Up" and "Simon Sez". Produced by Atlanta's newest Boom Bap phenom B-Ready, Ras conjures up the qualities needed to achieve the highly sought-after 5 Mic status from The Source Magazine in the early '90s, while at the same time lyricaly personifying 5 actual icons named Michael/Mike.The Result Energy Music that would fit in any athletic highlight reel, competition or daily workout!