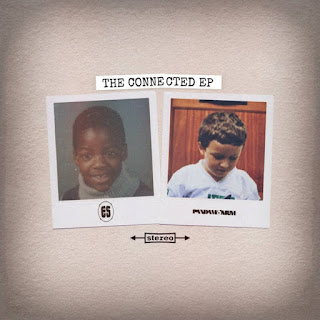 “The Connect EP” is a collaborative project between Canadian emcee, Es and United Kingdom DJ/Producer/Engineer, DJ Pandamonium. The two connected via a DJ Pandamonium post on a Facebook hiphop group page which caught Es’ attention. The two would eventually connect, get better acquainted with each other’s musical prowess, and the rest, you can say is history.
This project started shortly following the widespread shutdowns due to COVID, there was much uncertainty regarding when Es could record and put out music. All the politics and global unrest prompted a desire to change the mood. Panda and I decided to use hiphop as a way to distract from everything that was going on at the time. The focus was on the positive, and using music as an escape from said pandemonium.This 6 track EP came together within a 4 months and showcases their mutual love for true school inspired boom bap hiphop. From two different continents, hiphop was the connecting force. It was only right that the project be titled as such. Enjoy!