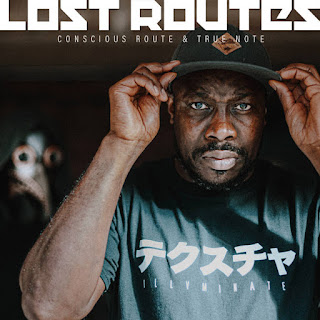 The 20-track album, which also features appearances from soul-singer, Geoffrey Williams, Trombonist Chris Greive and drummer Cat Myers, has already been catching attention, with three instrumentals and one full track being picked up by Channel 4 for their mini documentary series, ‘Take Your Knee Off My Neck,’ a response to the killing of George Floyd.

And that’s not all, as there is talk that Conscious Route is being lined up for a live show on ‘Film Box’ before the end of 2020.

A powerful and personal contemplation on UK life in the 21st Century, this release possesses more than enough bump to take its message to radio and the clubs too.