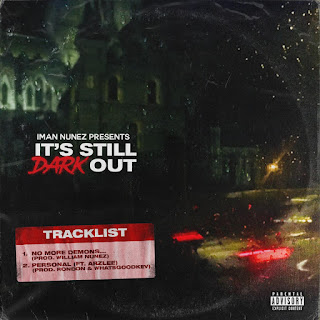 Thanksgiving might be weeks away, but Yonkers recording artist Iman Nunez is giving his fans something to be grateful for- two new tracks on his latest release It’s Still Dark Out. Produced by William Nunez, “No More Demons” finds Iman reflecting on his growth, and that many of life's goals are already coming to fruition, with more on the horizon as he continues to grow.  Iman has always known that he was meant for more, and he no longer has anything to prove!“Don’t you dare even think about counting me out!”  Iman demands of anyone with the audacity to doubt him.  The brush-off of all haters and naysayers, makes this song THE anthem for 2020 and beyond!
Follow Iman @onlyoneiman