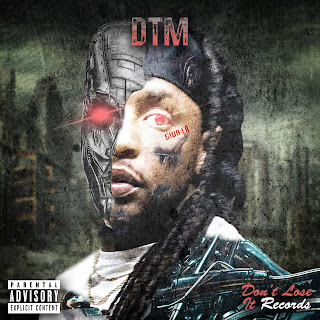 Virginia rap artist Gwa-La had fans counting the days for his first album release. It dropped on October 20' to high anticipation. Virginia has produced some of rap music's most powerful and authentic voices. Following in that tradition has been the independent label Don't Low It Records L LC 's firs artist Gwa -La. In ex citing news, Don't Lose It Records has announced that the first album from Gwa-La "DTM" dropson October 20,2020 showcasing this rising star's skills and story. "DTM" is available across all of the major online digital download platforms. The excitement surrounding the Richmond, VA's artist's album is high. "I put a lot of work into this and the time is right," remarked Gwa-La. "DTM Slows where I am at today and going in the future." A former member of the 'Gwap Boys' where he won praise for his work, Gwa-La is being described by muse media as being even more compelling as an artist on his own. His career is moving forward at a serious pace on his own, thanks to his own ability and the hard work of the team at Don't Lose It Records, also a Virginia project, ran by Gwa-La's own cousin.