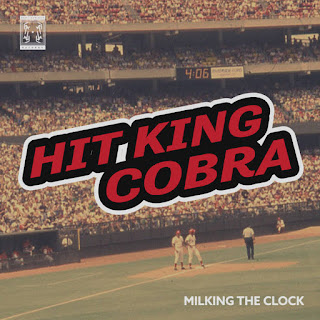 Milking the Clock is the debut album released by Hit King Cobra, the Cincinnati hip-hop combination of lyricist KyleDavid and producer Homage CVG. The project is tailored to the classic hip-hop fan with the intentional grime and raw sound synonymous with 80's and 90’s rap.

KyleDavid has been a fixture in the Ohio hip-hop scene by being part of groups like Five Deez and Sons of Silverton. Homage CVG is the founder of beat collective Fort Ancient Records. The two have worked together in the past on Homage’s previous albums Gamma and Cincinnati Royals.