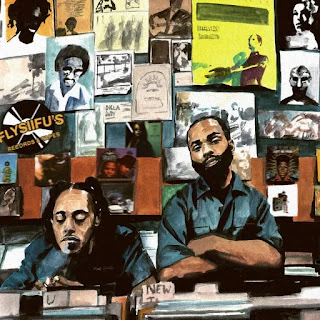 Being a VA Native myself, I been up on Mutant Academy's own Fly Anakin for a few years now, and was introduced to Pink Siifu earlier this year with his NEGRO album earlier this year. With that said, I never thought I'd see this two come together for a collab project but here they are with FlySiifu's, and here I am reviewing what I never imagined what would happen. Peep my review below, and I'll have a review via video on YouTube soon, so I'll edit that into this whole post when it's out.
Kin'tro really does have that vibe of something I could see myself ridin' with the kin folk too. This baby was produced by Mejiwahn. 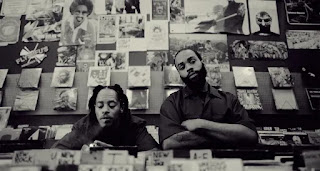 The second track FlySiifu's Voicemail took a nigga back to the days when I first got into DJ Screw. That 2Pac - It Ain't Easy mixed by my hero DJ Screw (Wineberry over Gold grey tape) had me feeling nostalgia like a mug. Having that play during the voicemail these niggas had set for the store was perfect. At FlySiifu's Records & Tapes they sell CD's, DVD's, Playstations, nintendo, weed, etc. If they doing that, then I need fam to hire me ASAP.
Producer Budgie came in smooth with the soul sample on Suitcase Special. That mini beat switch to Fly after Siifu spit is the shit. When Fly said "If I can hurt ya feelings with these lines then you know you ops." I felt that shit. This track is for anybody out there hustlin' like these two brothers.
The album takes a lo-fi turn on Runthafade with prod. from lastnamedavid. I see this track serving as a reminder that they ain't hesitant to run the fade on any shit talkin', weak, pussy-ass nigga. 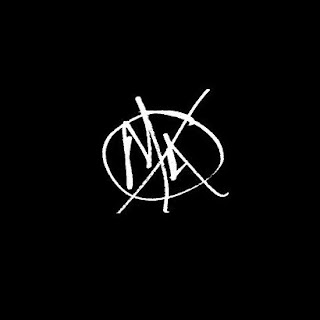 Mutant Academy member Foisey provides the beat on Foisey's Interlude ft. $ilkMoney. This production being a thing of beauty is what I've come to expect from Foisey, or anything from any nigga in MA. The men rapped on this interlude (minus Fly) which I don't mind because it fits. "They hung another nigga up yesterday. They killed another black woman again then, let her cracker killers walk away. I know, I know it's all the same. I never said it would result in change but all I'm sayin; me and yo black ass should blow up the New York Stock Exchange." $ilk, I feel you nigga.
Richard Pryor is up next, produced by Playa Haze. I gotta focus on Playa's prod here because this track stood out as an even more calm/laid-back beat compared to other tracks. It just feels classy.
Back to a more traditional lo-fi beat on Open Up Shop ft. B. Cool-Aid prod. by Ahwlee. To put it simply, Siifu and Fly dun opened up shop on niggas, and you buying or you hatin'. A nigga like me is buying. I copped this album on cassette.
Next we got Mind Right ft. Liv-e prod. by my man Jay Versace. This track is about getting your mind right, money right, and ready for whoever your lover is and when everything is right, all the bad energy got to be left alone, and you got to be in the mind to be left alone by it. I really felt like I could've hear Earl Sweatshirt on this track.
Siifu and Fly had me vibin' and reminiscing like I was there with them niggas back in the day on Shloww prod. by iiye. They dun came up after slippin' through cracks and are telling you that you can do the same, so get the bag.
We got a brother who want them goodies on the voicemail left on One Hit Moo Skit prod. iiye. That Jimmy Dozier "She's All I Got" single, Dilla's "Welcome to Detroit" and Stevie Wonder's "Innervisions".
Another Mutant Academy member comes through with the production on Rick James prod. ohbliv. This track stands out as having easily the grimiest beat on the album.
Black Bitches Matter Hoe is a voicemail skit that had a nigga rollin. The queen on the voicemail just wanted to know where the fuck her order of one thing was. We all been there, especially with music. The love said she fin call HR, Trump, somebody. A nigga died when she said Trump.
Mutant Academy in the hoe one mo'gin with Graymatter prod. on Spades. I can't tell if it's straight keys, a harp or what but the instrumentation here was beautiful. This track is just another reminder to fuckin' get after it.
A brother wanted that more recent heat on the voicemail left on 333GET@ME. prod. iiye. Siifu and youngmorpheus' "Bag Talk" vinyl, "At the end of the day" CD, KeiyaA "Forever, Ya Girl" tape, and Devin Morrison's "Bussin" on vinyl.
Clean ft, Liv-e prod. lastnamedavid has similar instrumentation as Spades did. The multi-layered chorus is pretty cool. I was feeling Fly's flow most on this track, a track about new money and fake friends.
Creme provides prod on Creme's Interlude ft. Foushee. A real sensual vibe is given by this track. Foushee's soulful vocals compliment it perfectly.
Waiting to Get Shot prod. by Malik Abdul-Rahmaan is once again a reminder to get it. This beat is on some rainy, midnight, diner jazz shit. If niggas waiting to get shot at the record store then I'll just wear a vest so again, hire a nigga.
Madlib steps to the plate on Time Up. Time up like it's clock out time. On some ridin' and coastin' shit with this one. Them on the way out niggas time is up and Siifu and Fly's time is now.
Following the eagerness to be off and chill on Time Up, either Fly or Siifu said they fin be on Demon Tyme (skit) when they get off. These niggas high as shit laughing at what demon tyme means for whoever fin be on it, which is 13 1/2 of straight fuckin.
Ohbliv is back on Razberry. An easy favorite track. Just hazy and smooth. I again I feel like I could've heard Earl here too. From the beat to Siifu and Fly's flows, this track reminds me of Eclipse by Earl.
Pick up TF phone prod. Swarvy and iiye is another funny voicemail but this time is from boss mane himself. He said he tired of these niggas bullshittin, smokin', and one of em fuckin in the inventory room. Somebody tell boss mane that this nigga will gladly work with them.
Dollar Dr. Dream is the last track, prod. Animoss. The Boondocks MLK sample was funny and nostalgic. As another reminder that you can get it like them, Siifu and Fly let you know that it all started with a dollar and a dream to get where they at now. Fitting closer.
Summary: I really messed with how the theme of working or in these niggas case, bullshittin in a record store all day was followed all the way through the album. The voicemail skits fit and remind me of listening to the record store skits on Outkast's Aquemini. I fuck with the cover too from the design and the records behind Siifu and Fly. These two coming together to make something to tell parts of their story while pushin' niggas to keep pushin' is dope. 7.25/10. Stream the album below.