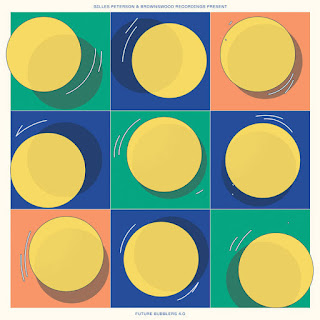 With support from PRS Foundation as Talent Development Partners, the professional recording, manufacturing and physical release of Future Bubblers 4.0 is made possible. Unlike any other initiatives within music, the compilation acts as a springboard for the musician’s careers with the cooperative model providing direct revenue to the artists by a share of the profits resulting in a sustainable income to work from. Previous Future Bubblers include artists such as Yazmin Lacey, Skinny Pelembe, MC Snowy and Kayla Painter to name a few.

The 8 track compilation is a musically diverse collection of tracks, fusing genres that span across Electronic, Alt-R&B, Alt-Hip-Hop, Spoken word, Neo-Soul, Jazz and beyond. Opening with Forest Law - who recently released his debut EP on Brownswood Recordings - ‘Slow One’ combines his effortless vocals with a kaleidoscopic of groove-driven instrumentation. Singer/songwriter Quko demonstrates sonic elegance on his emotive track ‘My Darling Spaceship’ whilst HMD’s ‘If I’ reminds us that we’re only given one shot at life. Up next, Kiddus offers up a bouncy, late-night vibe on ‘Slow’ and An Alien Called Harmony switches things up with Nadeem Din-Gabisi and Metta Shiba proving their formidable connection on ‘N.H.H’. Manchester MC KinKai pours his old soul onto the page on ‘Scatty Brain Dump’ followed by Iman Houssein’s distorted vocals and delicate keys on ‘Slow Things Down’. Rounding the compilation off perfectly is Lazy H’s epic ‘When The Horn Comes In’ which perfectly combines elements of electronic and live.

Spanning just over 30 minutes, Future Bubblers 4.0 is an extremely impressive assemblage of talent who have all delivered top-shelf tunes. Released both digitally and on vinyl, the compilation embodies the spirit of the musicians as well as the team behind Future Bubblers.

Each year, Future Bubblers are paired with an industry mentor who is tailored to their individual needs and from there, the journey begins. Each Bubbler will receive a number of opportunities that will ideally set them up professionally. The venture offers; one-to-one production workshops from music software company, Ableton, performances at live Future Bubblers showcases, recording live sessions from the iconic Brownswood basement, professional press shots and beyond the year, long-term support throughout their career.